Skip to content
You are here
Home > Soccer - Futbol > Here we are. It is the final stretch of World Cup Qualifying with nothing truly decided. The only thing for sure is that there will be a team from CONCACAF deserving of a Finals appearance who will narrowly miss out. Being a USMNT fan, I speak from memory of the Trinidad & Tobago 2018 debacle. While results have been promising for the red, white, & blue this go around, faltering at the finish line is unacceptable. Hopefully it will not come to needing a result in the final qualifier to get through. But all the teams that are still eligible for a trip to Qatar are stressing. The reality is that in CONCACAF anything can happen.

While I am typing, Canada is on top of the CONCACAF qualifying table. I find it comical that everything that has been requested from USMNT fans has been achieved by the Canucks. They play a consistent style, smoothly integrated their star-studded new generation of players, and everyone bought in. Even without the talented Alphonso Davies, Canada hold all the cards. All they have to do is win tonight against Costa Rica to return to their first World Cup since Mexico 1986. Expect veteran team captained by the ageless Atiba Hutchinson, to keep the team focused on victory. The youngsters, Cyle Larin and Johnathan David will take care of the goals. Even if they misstep tonight, the game at home against Jamaica should punch their ticket to Qatar. 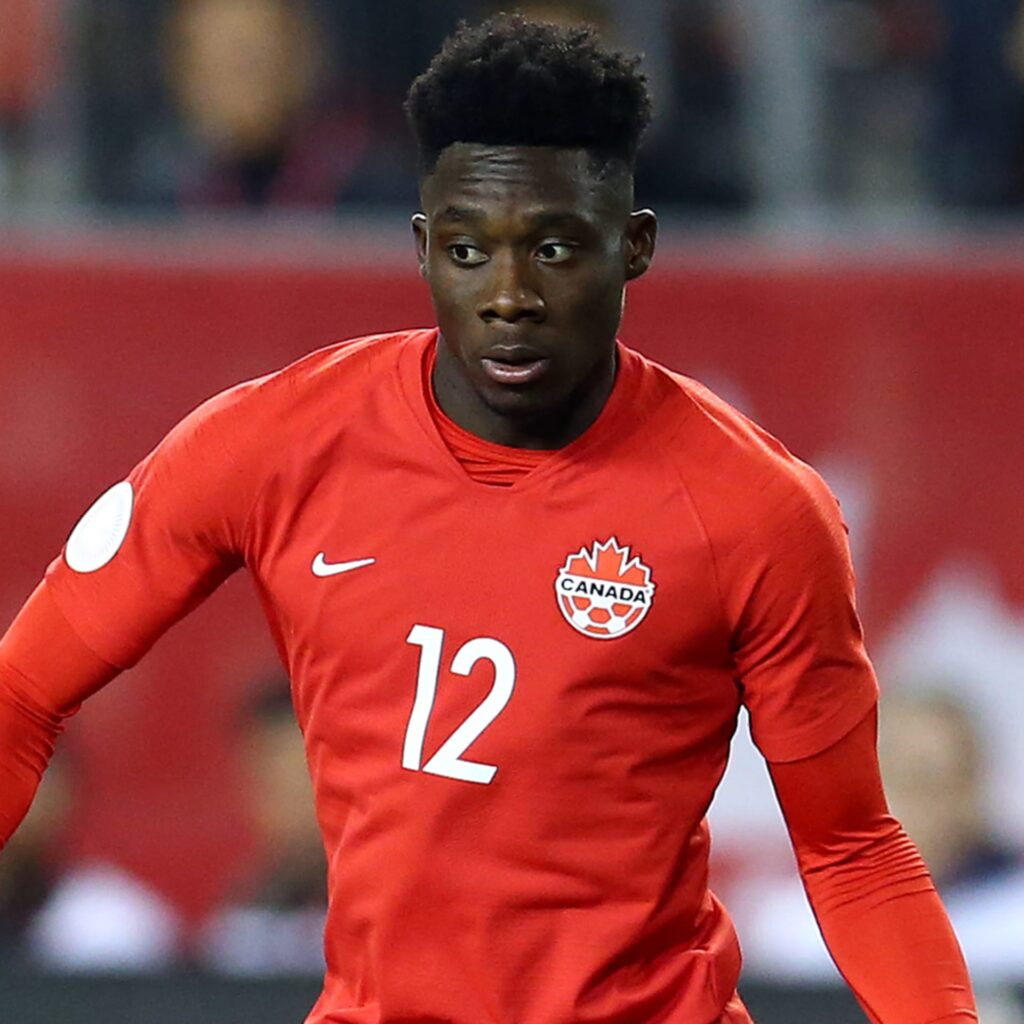 Of course it will not be an easy task on the road. Costa Rica is playing for their World Cup lives. They are on the outside looking in, and only a point behind Panama to claim a spot in the playoff. Los Ticos find themselves in a spot akin to the USMNT’s last qualification campaign. This squad is defined by a generation of players who found success in past World Cup qualifications. The generation is aging out, but their steely experience could galvanize one last push for the remarkable Keylor Navas is always capable of a big stop, but the hopes rely on the weary legs of Bryan Ruiz and goal scoring form of Joel Campbell. A win is preferred, but a result is necessary. Being at home Ticos supporters will be rambunctious, willing Costa Rica to keep those World Cup dreams alive.

Tonight we add of another chapter in the USA vs. Mexico soccer rivalry. Since the turn of the century the once, one-sided grudge, has become more even. The ebbs and flow of success for both teams have followed the same pattern of a rollercoaster. But this qualification has sprouted doubt among both fan bases.

While the USMNT have enjoyed some real highlights in the qualifying, the wound from 2018 still has not healed. Similar questions still remain. Is Coach Gregg Berhalter really the guy or just another showing of USSF nepotism? How much does the team balance its reliance on the MLS domestic products and their ever increasing European playing counterparts? While the USMNT have pulled the results that were expected, very few of them have felt solid.

This will be the biggest test of Berhalter’s tenure. Both teams are tied on 21 points, desperately trying to stave off the fourth spot on the table. The game at is at Azteca, where the USMNT have never won during qualifying. In fact, the USMNT have never won a competitive match in Mexico. A win would be amazing, but a point is the logical desire. The most important question, who will be Berhalter’s Stating XI?

I am still perplexed by the exclusion of John Brooks in the back. I understand his lack of club form at and injuries issues. I figured that his experience would be a welcomed addition heading into Azteca. But it’s not the first time we have seen a coach and key player (Jurgen & Landon) not see eye-to-eye.

Injuries are also wrecking havoc with the selection process. There will be no Sergino Dest, who suffered an injury with Barca. They are without the incredible Weston McKennie. Upfront the injury to Brenden Aaronson will keep him out as this qualifying round. Will Berhalter decided to go with experience like Acosta and Arriola, or utilize the young talent like Adams and Reyna?

Then there is the thought that it would be best if the USMNT start some reserves, so that starting talent can be fresh for the last two matches. Lots to think about… a win at Azteca would be monumental, a career defining win for Berhalter. More importantly, it would instill great confidence to the USMNT fanbase that has the fragments of 2018 still floating around. A point would keep the US in the second spot, but at what cost? Panama and Costa Rica are fighting for their World Cup lives too. USMNT does not want to find itself in another 2018 situation. However, this is CONCACAF. The USMNT could easily find themselves in a final match at boisterous Costa Rica with stipulation being, win and get in. 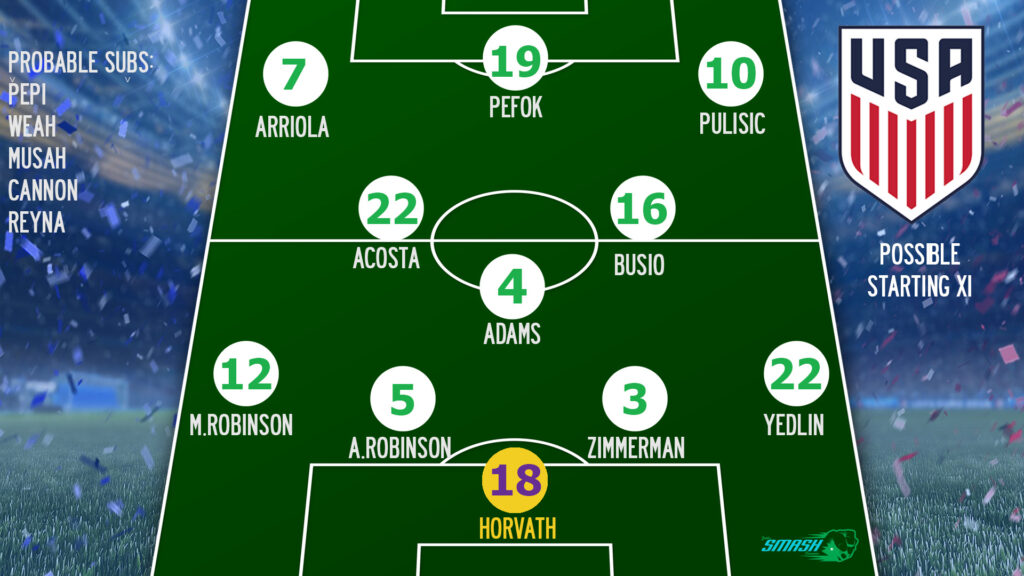 I have no sources, but I am pretty sure that Gregg Berhalter lost plenty of sleep this week. I shutter to think if the USMNT play flat tonight. A draw would be a win. A close loss is even acceptable. But if the USMNT losses with a line around 4-1, 3-0, there will be cause for panic. Speaking of panic…

Where do I even being with Mexico? They are in a similar situation to the 2018 USMNT. An aging squad with a federation that seems intent on maintaining a status quo of mediocrity. Their coach, Tata Martino, could be ousted if the USMNT win tonight. You throw in what happened at Queretaro and plenty of eyes are on Mexico. I will say, sporting fan violence occurs everywhere. There was fan brawl at a college basketball game here in USA a day after what happen in Queretaro. But I am aware it will be a storyline. There is talk of fans sabotaging Mexico’s qualifying by trying to force a suspension of the match, via “the chant”. To think, this is just the off the field stuff.

On the field I would imagine that the Mexican players will be somewhat comfortable. All the chaos surrounding the game is nothing new to the veteran laden squad. I expect the familiar names, Ochoa, Moreno, Herrera, Jimenez to all get the start. I foresee Lozano getting by Yedlin a couple of times. Even without a packed Azteca (infractions only allowed limited spectators) this is Mexico’s game to lose.

Do not forget about Panama. They are in the playoff spot at the moment in a winnable, must win game hosting Honduras. Panama could have their World Cup dreams dashed with an upset loss considering they face the USA next (who could be desperate for three points), then finish out the campaign against top ranked Canada. You know Panama is hoping for a Canadian win tonight, in hopes that their final game against the Canucks is a little more palatable.

We will see how tonight’s matches play out. Interact with me during the USA vs. Mexico match on Twitter @thesmashsimmons and be on the lookout for a possible streams of thoughts on Twitch as qualifying continues!