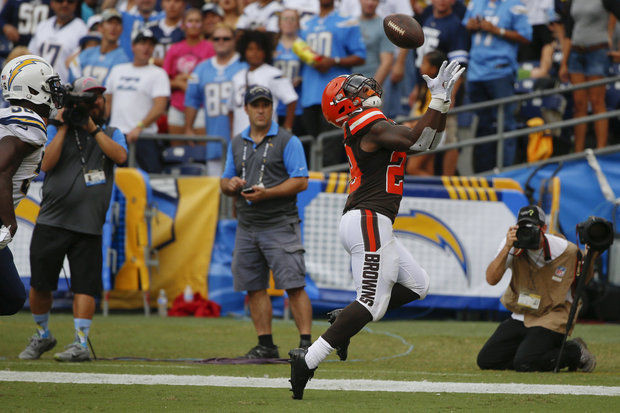 The air is getting a little cooler, the leaves are starting to turn yellow and orange but the money is still green and The Wagner Wire staff is always trying to put those dollar bills in your pockets. Week 5 was quite a ride, some studs disappointed and Jamaal Charles got hurt but there were probably more middle and lower tiered guys that came through than any other week this year. That was last week though and we are on to Week 6 already. I’m not gonna lie, the value was harder to find this week. Dion Lewis would still be on this list but DraftKings finally got wise and moved him up past $5000. If you are reading this before the Thursday slate Willie Snead is still a great deal at $3300. We will be covering the main Sunday to Monday slate on here. Without further ado here are this weeks picks.

Don’t forget to try FantasyDraft.com. The salaries are a little different but it’s easy to get the hang of. The best feature in my opinion is that you get 2 flex spots so you can go heavy at WR or if you think there’s value to be had at RB or TE you can do that too. Click the banner up top to sign up and get a special bonus for using The Wagner Wire.

The Lions are a complete dumpster fire this season and Matthew Stafford is playing some of his worst football of his career leading to him being benched last week. So why would I endorse him here? For one I think his benching may light a fire under whatever competitive spirit he has. For another his last 3 games have been against the Cardinals, Seahawks, and Packers which are 3 of the best Defenses in the league. At his price point he could easily have a big day against the Bears.

The Joe Philbin era is over in Miami. This should be a good thing for the Dolphins offense as there are some good pieces in there. Tannehill was a preseason Top 10 Fantasy QB in most circles and has been uneven to say the least but he does have some good targets and if they can start running Lamar Miller it will open up the air attack. This is a good matchup to take a chance with Tannehill.

Brian Hoyer has put up very solid numbers in the past two games while starting neither of them. While that doesn’t mean he’ll be great as a Starter he is worth his price especially throwing to one of the best Receivers in the league. A Hoyer and Hopkins stack could be very profitable this Sunday.

Duke Johnson has quietly been having a very good rookie year. While he isn’t carrying the rock a ton he is getting all the receptions he can handle averaging 7 catches a games his past 3 contests. This matchup is not a good one for the Browns but surprisingly the Broncos have given up some decent fantasy points to the running backs. Duke should get plenty of check down catches in this one.

Sometimes when I’m doing this column I get caught up in stats of past years. So I am giving a warning that I’m about to do that again. LeGarrette Blount has played 2 games in his career against the Colts as a member of the Pats. In those games both of which were playoff wins he totaled 314 yards and 7 TDs! Last year Jonas Gray was the back and went for over 200 yards. Bill Belichick is gonna whip it out and set it on the table in this game so this should be a great game to light the Blount up.

The next guy I’m gonna chronicle has 2 carries on the year for a terrible team. Sounds appealing right? Well while it is Pitch Black for the Lions playoff hopes it is bright for the future of Riddick as a fantasy option. He leads all Running Backs with 30 receptions and is the back with the highest floor on the Lions. An unconventional Stafford and Riddick stack could pay dividends.

The Redskins have been surprisingly competitive this season and should have knocked off the Falcons last week. A big reason for that was the emerging play of Jamison Crowder the rookie from Dook. He has become the go to guy in the past 3 weeks catching 21 balls in that time. The match up isn’t great but the price is.

There are a few things I like about this match up but this is strictly a deep gpp play. You could very well get a 0 from this one. What I like is this is a revenge game or in Torrey Smith and the Ravens case a “We both want each other back” game. The Ravens secondary is decimated and as bad as Kaepernick has been he may be able to get something going through the air this week.

Ty Montgomery is starting to carve out a role in the dangerous Green Bay passing game. Aaron Rodgers should put up huge numbers this week against a bad Chargers defense and while the numbers say they don’t give up a ton of fantasy points to WRs a lot of that is because they have given so much up to the Run game. Montgomery is a good gpp flyer to catch a long TD.

One of the guys I like this week is Richard Rodgers at $3100 on DK, he’s averaged double digits in 3 of his last 4 and has a nice match up. Another cheap option is Larry Donnell at $2800. If Jordan Reed sits again Derek Carrier is a great option at the minimum $2500 on DK.

Sign up for DraftKings today and get a free entry to this weeks Millionaire Maker contest by clicking below.