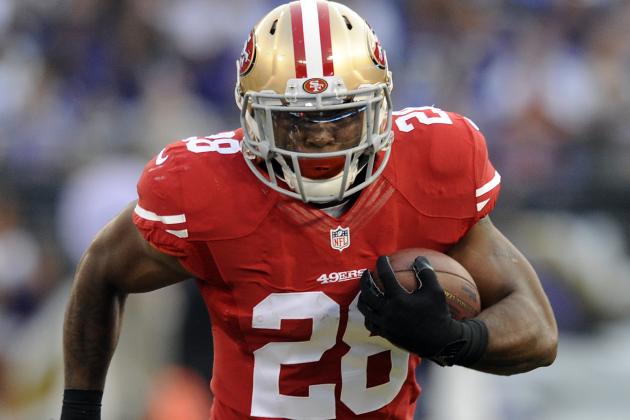 Hello Fellow Fantasy Freaks, it’s that time again. Week 2 is upon us and there are still millions to be won so it’s time for another Sweet Fantasy bringing you some low cost plays for your GPP pleasure. Now remember when playing a large tournament like the Millionaire Maker on DraftKings you need to take chances and you need to clear budget so you can afford those high priced Studs. Plus isn’t everyone’s fantasy finding that diamond in the rough that nobody else knows about? As always these are meant for large tournament plays and the values are specific to DraftKings. Let’s make Fantasy Football your Reality.

This price seems almost criminal to me. Nick Foles is not in Chip Kelly’s fast paced offense anymore, we know this but last week against the vaunted Seahawks defense he delivered 298 yards passing and a TD. He did have 3 turnovers which hurt his final total but still a pretty strong showing in a tough matchup. This week he faces an old foe in the Washington Redskins against whom he has averaged almost 300 yards in his career in 4 meetings which include a stinker in his 1st NFL start in 2012. This is a great spot to save money and feel pretty good about the upside. 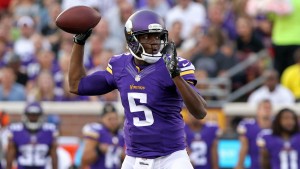 To say Teddy B looked less than stellar on Monday Night Football would be an understatement. His ownership should be very low this week and his matchup warrants the selection. The Lions secondary got lit up in Week 1 so Bridgewater should look like a completely different QB this week. He is a perfect play for large tournaments. 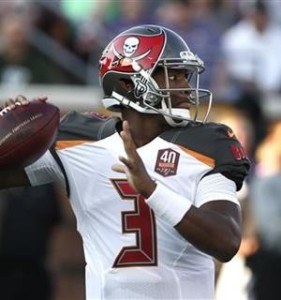 First impressions can say a lot, Jameis didn’t get off to the best of starts in the National Football League. For that reason he shouldn’t be heavily owned. I look for Winston to show some of the talent that got him drafted 1st overall against the Saints this week. If Mike Evans plays he could have a breakout performance against overrated Defensive Coordinator Rob Ryan’s Defense.

Carlos Hyde had quite a game on Monday Night Football late game, helping someone win 2 million dollars on DraftKings. For all of the preseason concern he silenced all of his critics with a dominating performance against the Vikings. At this price he could be heavily owned but the talent warrants the ownership. Be safe instead of sorry here. 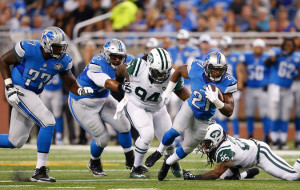 Abdullah showed that he could be a special player on his first carry in the NFL. He may not be the starter in name but he is the running back to target for the Detroit Lions. AA should be a good start most weeks in a gpp as he can take it to the house on any touch. His price is still very low. You saw what Carlos Hyde did to the Vikings last week, why not take a chance on Abdullah?

On a team with Demarco Murray and Ryan Mathews at RB you would think touches would be hard to find for the 3rd guy on the depth chart. Luckily for Darren Sproles and you the Eagles run so many plays that on any week Mighty Mouse can break out for a huge week. At this low low price he is a great gpp option.

TY Hiton did not practice Friday and should not play. This makes Moncrief a great value and could help make your lineup deadly. He got 11 targets in week 1 and let’s face it he is a lot younger than Andre Johnson. Look for the targets to continue.

If you pay up at QB Drew Brees is my top option this week. To help afford him grab one of his targets that is very cheap. Coleman is gonna have some big weeks, this matchup could be great for him. Plus him in and WR3 or Flex and load up on studs elsewhere. 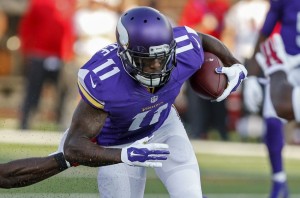 Wallace has always been a guy with big play potential any week. Look for him and Teddy Bridgewater to hook up a lot this week. He had 7 targets and 6 catches in a bad showing by the Minnesota Vikings in week 1. If he is matched up with Rashean Mathis look out, He won’t repeat Keenan Allen’s 15 catch performance but could still have a big day against the older Corner.

Fellow Wagner Wire staff writer Dave Zidek touched on “The Duke” in his weekly installment, “Just the Tip”. At his price he is a great tournament play and one that shouldn’t be highly owned. A lot of the TEs that went off last week will turn back in to pumpkins this week. SF could be throwing from behind and the Steelers defense gave up 4 TDs to TEs last week. Sure 3 of them were to Gronk but I like the odds nonetheless. 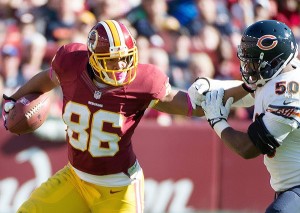 Reed doesn’t always stay healthy for long but when he is healthy he contribute to fantasy teams more often than not. He has a minor injury that shouldn’t bother him. His price is low enough to take a shot with him. Reed’s upside always makes him a decent play.

Antonio Gates he is not, but he is younger and faster. Rivers hooked up with him for 5 catches for 78 yards and a TD in Week 1. He should continue to contribute while Gates is suspended. His price is reasonable enough to stick him in your lineup.

Now get out there and take your share of the millions. As always I’m your Sweet Fantasy. 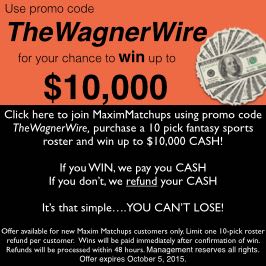 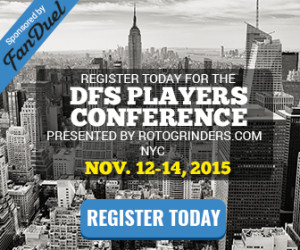 For all of you that haven’t given DraftKings a shot yet, use my link below and get a free entry in the Week 2 Millionaire Maker with a grand prize of 2 MILLION DOLLARS!