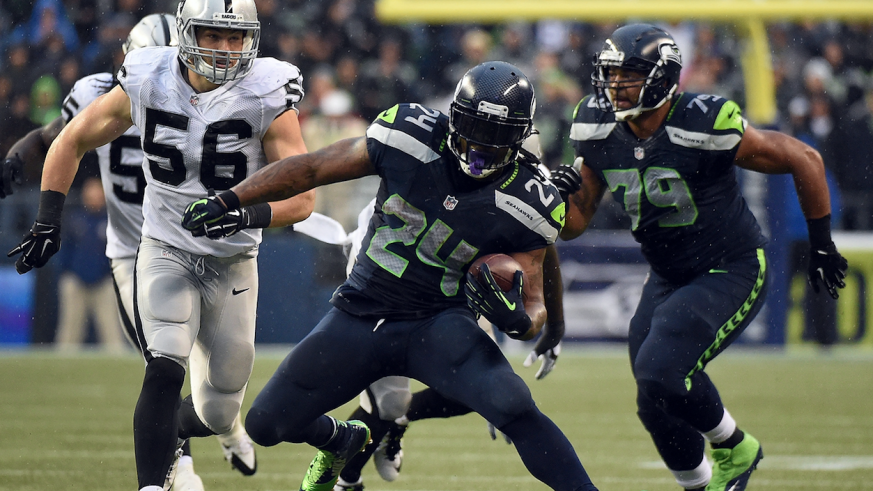 Your Sweet Fantasy is back sliding up in the DM’s with a look at players who helped or hurt their fantasy prospects for 2017 by finding a new place to lay their head. To quote Mitch from Old School, “Sometimes you think you’ve found true love, and then you take the early flight home from San Diego, and a couple of new people jump out of the closet like a GD magic show”. Breakups can be hard. Especially in the NFL, but sometimes a new relationship with an eager team can lead to bigger opportunities than you’ve had in the past. We’re gonna break down which players may have found happiness, and which players will wish they hadn’t ended it with their old team. There are a lot of players to cover so we are gonna break this down by position and dive into some players more than others.

This was a pretty boring position to analyze as the 3 biggest Free Agents either retired (Cutler and Romo) or were tagged (Cousins). Cousins and Bruce Allen may still be headed for a divorce, so monitor that situation. I suspect Captain Kirk will be in this column next year. That leaves us with a few underwhelming journeymen that should start the season with their new teams.

His career stats aren’t gonna blow you away, especially with a completion percentage of 59.4, but he does have twice as many touchdowns (30) as interceptions (15). He should get the starting job at least for the first half of the season, but #2 overall pick, Mitch Trubisky is waiting in the wings. With Alshon Jeffery gone and a questionable receiving core, Glennon is an end of your draft stash or a waiver wire pickup.

While this isn’t a super exciting signing either, I actually feel that there could be some surprising fantasy success here. Hoyer has played in a Kyle Shanahan offense before and actually looked really good in 6 games last year with Chicago. He threw 6 touchdowns without throwing any interceptions. Hoyer should be cheap as well. He is probably an end of the draft guy, but I would not mind waiting on a QB and drafting him at the end as my QB2.

The Running Back position is highlighted by a couple of future Hall Of Famers trying to have one more year at the top with new teams, and some interesting players that may be overlooked until the season starts.

All Day is at an age where few Running Backs have had strong seasons, but if there is one thing in his favor it’s that he hasn’t played a ton in the past 3 years. Of course, injuries have piled up. I’m not expecting a trademark 300 touch season from Peterson this year. Especially with the crowded backfield the Saints have, but he is a good target in the middle rounds.

Beast Mode was lured out of retirement by the allure of playing for his hometown team in the East Bay. I don’t blame him with the offensive line he will be running behind. I expect him to be a better version of what Latavius Murray was last year, as long as he stays healthy. He has legitimate mid double digit touchdown upside. I just don’t know if I can draft him at the current ADP, which is somewhere in the second round. He’s probably not gonna be on any of my fantasy football teams.

Lacy was once a Top 10 redraft pick in a high powered offense, and he never lived up to his high draft pick. I know from experience! This landing spot is about as perfect as it can be for a runner of his style, and size. The Seahawks wouldn’t have signed him if they were in love with Rawls, and Prosise is more of the 3rd down receiving back. Lacy can actually catch the ball very well and did average 5.1 ypc last year before his ankle injury. If you go zero RB, Lacy could be a good target as your first RB off the board.

Talk about a good landing spot! I’m sure few people are looking forward to drafting Danny Woodhead this season in fantasy football. Well if you play in a PPR league, you better target Mr. Woodhead, because Joe Flacco is going to be targeting him. The Ravens were the most pass heavy offense in the NFL last season and lost 170 targets between Dennis Pitta and Kyle Juszczyk. Danny has legit RB1 upside in PPR leagues, and he is going to get a ton reps. Yet another great RB to target if you are going zero RB this year.

Several other intriguing names changed teams… Jamaal Charles – Denver, Mike Gillislee – New England, Rex Burkhead – New England, Latavius Murray – Minnesota, LeGarrette Blount – Philadelphia. Quickly, I think Charles is done as a workhorse and has several guys ahead of him. Gillislee and Burkhead are in a crowded backfield. Gillislee will assume the Blount role and has double digit TD upside. Burkhead has James White to compete with for carries and catches. Latavius Murray is gonna battle rookie Dalvin Cook for the starting RB job in Minny, don’t you know. Blount is seemingly going to a good situation in Philly, but he’s mostly only had success with the Pats over the past few years. I expect him to regress substantially.

This is where all of the action has been! A lot of top 20ish fantasy wideouts changed hands this offseason. Sorting it out will be important. Some of these receivers will love their new landing spots, while others may wish they had taken a few more offers.

Jeffery has had trouble staying on the field the past few years but when he does take the field there are few that are better for Fantasy. He goes to a nice situation with a rising young QB on a 1-year deal so he will be looking to earn a large payday after this year. He is a high-risk high reward pick this year.

Talk about the rich getting richer. Hard to complain if you are Cooks going from one Hall of Fame QB to another. Cooks will give the Patriots and Tom Brady the type of outside speed receiver they haven’t had in a long time. Going to the Patriots shouldn’t make Cooks any more consistent however as there are plenty of mouths to feed and Julian Edelman just got a long term deal. He’s a risk but with very high rewards. If you go Zero RB and can get him as your 2nd or even 3rd WR that would be pretty nice.

Pryor may have benefited the most from his move going from whatever the Cleveland Browns threw out at QB last year to Kirk Cousins. The reports have been that Cousins and Pryor are already clicking from a chemistry standpoint and Pryor being a former QB really knows where to be on the field. I think Pryor is definitely someone to target in your drafts this year and could over produce his draft position.

While Desean Jackson is moving to a very nice young offense, I don’t expect his season long value to change a whole lot. He is what he is, a guy that is gonna have some really big weeks with a couple long TDs, and a lot of single digit weeks. He is going to help Jameis Winston immensely though. Kirk Cousins over his career has averaged 90 less yards per game when Jackson was not in the lineup, so that proves what he does to opposing defenses. He will definitely be in some big money DFS lineups this year.

Pierre Garcon quietly had 79 catches for over 1,000 yards last year. I expect both of those numbers to improve with the 49ers, under Kyle Shanahan. He could have the best year of his career at 31, and he and Brian Hoyer could be a sneaky combo to have on your teams this year. Especially for DFS lineups.

While Marshall is getting up there in age, he is going to a great place to have one more big season and has never played across from a player of Odell Beckham Jr’s caliber. This is really good news for OBJ and Eli Manning though, and not to mention Sterling Shepard, who will be free to roam the middle of the field. I’m not going to be targeting Marshall in drafts but he could be decent. He’s a great 5th/6th rd snag.

There were so many WRs changing places it was hard to hit them all, but here are other intriguing guys… Jeremy Maclin – Baltimore, Kenny Britt – Cleveland, Torrey Smith – Philadelphia, Robert Woods – LA Rams, Ted Ginn – New Orleans. Quickly, Maclin has a chance to regain fantasy WR2 status in Baltimore. Kenny Britt was very steady last year, and should be more of the same no matter who his QB is. He was in an all time bad offense last year. Smith will be what he always has been, a deep threat and nothing more. Robert Woods is underwhelming, but at least Sean McVay should be able to pump a little life in the passing game in L.A. Ted Ginn is going to win some people some money in DFS 2 weeks out of the year.

This signing looks great on paper, and I expect Marty B to be drafted pretty heavily as a TE1 in most leagues. I am going to issue caution with this though. While I do think it’s the best TE Aaron Rodgers has had in some time, this offense under A Rod has rarely produced a Top 10 Fantasy TE. I researched every top scoring tight end on the Packers since Rodgers became the starter, and the best stat line was Jermichael Finley with 55 catches for 767 yards and 8 TDs in 2011. Which was good for a Top 10 finish that year.

One of the most overrated players at the position ever. He will have 2 games that make you wish he was consistent, and 14 consistenly terrible games. Draft him you you’re a fan of heartbreaks and underperforming players.

That’s it for my Offseason Trading Places column. I hope you enjoyed it as much as I did, and as always I’m your Sweet Fantasy. Follow me on Twitter @TheChrisSweet