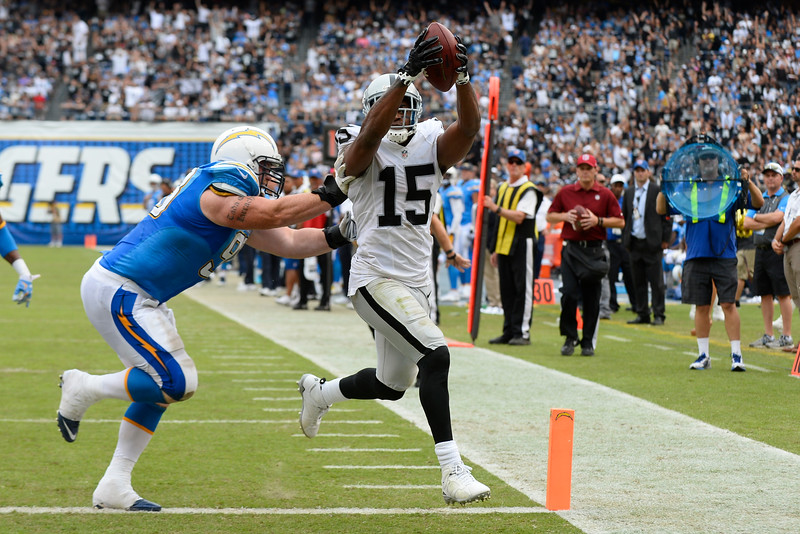 What’s up Wagner Wire Nation? I’m your Sweet Fantasy back for Week 8 values. Week 7 treated the Wagner Wire staff very well. If you read this column last week there is no doubt you had a successful week as well. Some of the values last week were pretty obvious but you had to have those guys in your lineups because everybody else did. We’re at the point of the season where paying attention to match ups is even more important and most guys are starting to be priced at their correct values. But there is always something out there that doesn’t quite look right. This week we are gonna try to find those guys.

Teddy Biz as he’s known to Big 3 DFS Show fans started the season making Fantasy Owners question why they drafted him. In the past few weeks though with the emergence of rookie Wide Receiver Stefon Diggs he has shown why you drafted him. This match up should keep Teddy on a roll as the Bears D is actually pretty decent against the run and while I don’t expect them to completely stop AP they should at least force more throwing from Teddy to beat their soft pass defense. He’s cheap and available, our two favorite things at The Wagner Wire.

The top rated passer in the NFL shouldn’t be in my value column. He is priced outside the Top 10 and costs less than such QBs as Peyton Manning whom I wouldn’t put in my lineup if he was less than $5,500 right now. The Red Rifle has silenced all of his critics so far this year including the one typing this article. He is averaging 25 FPP on DraftKings which is the most of any of the main slate options at QB. This is a big game for the Bengals and Steelers and should be a bit of a shootout. If nothing else Dalton has to try and keep up with the nuclear offense of the Steelers which should be led by a returning Big Ben this week.

Joe Flacco and Baltimore Ravens are 1-6 but could easily have a winning record. They get an equally under achieving Chargers team coming in to the Big Crab Cake this Sunday. While the Ravens will no doubt lean on Justin Forsett to gash the Chargers run D they will have to keep up with the Chargers passing game which is on pace for record setting numbers. Joe Flacco will be able to take advantage and should have one of his best fantasy days of the year and at a cheap price. He will give you “Elite” value this Sunday.

The running back I jokingly called CJ2ypc earlier in the year has had quite a comeback year for a pretty good Cardinals running game. Just the fact that he is staying as the lead back with talented runners like Andre Ellington and David Johnson shows how well he is running at this age. His DFS prices on DraftKings and FantasyDraft have not really risen to the level of his play. FanDuel prices him a little more acurately to his value so he’s not as great a play there but against the Cleveland Run Defense he is a great play for Cash and GPP this week.

Stewart owners had been hoping for years that he would get the chance to be a lead back without competition. In the first few games this year he had everyone shaking their heads at his lack of production, then he played at Seattle and had a big day scoring 2 TDs. Then he followed it up last week with hi first 100 yard game of the season. He gets a nice match up against a surprisingly bad Indianapolis team on Monday Night. Look for him to continue his little dtring of good games at a nice price.

Like Andy Dalton this list shouldn’t have Doug Martin on it. But if he’s gonna be priced around the average he needs to be on here. Doug has reestablished himself as a Top 10 Fantasy Back and has had 3 straight games of 20+ FPP on DraftKings. Atlanta gives up the second most Fantasy Points to Running Backs so Dougie will be a great Cash game play again.

Diggs made the column and he’s here again for a lot of the same reasons Teddy Bridgewater is. He’s one of the hottest names in fantasy right now and some people think he came out of nowhere but that might be because he played on a Randy Edsall coached team in college. Diggs was one of the highest recruits to ever go to Maryland and had some unfortunate injuries derail an otherwise pretty impressive college career where most games he was the only guy capable of doing much on offense for the Terps. Teddy B has clearly seen the potential and is making him a rookie star early in his career. The match up is great here and a Teddy and Stefon stack is a nice gpp option.

The Raiders are good. There I said it. I’ve been a happy Chargers fan for the past 12 or so years knowing that the Raiders were awful but the time I dreaded is finally here. Derek Carr leads a good offense with a stud rookie Wide Receiver in Amari Cooper. But we aren’t talking about Cooper here, we’re talking about his reliable veteran counterpart Michael Crabtree. Crab has been a steady hand in the passing game this year catching at least 4 passes every game. The match up comes against a great New York Pass D but Amari Cooper should get the tougher matchup on Revis Island. Look for Crabtree to get a few more targets in this one.

My top QB this week is Philip Rivers who is on pace to break passing yards records. I like most of his targets this week but for a value play at WR on DraftKings and FantasyDraft I love Stevie Johnson here. He saw 8 targets last week and coming off a few missed games moved really well. He could see a few more targets this week. This game has the makings of a fantasy bonanza so taking any players from this game isn’t a bad idea.

With no Gronk on the main slate this week the top option is Tyler Eifert at Pittsburgh. If you go cheaper I absolutely love Ladarius Green at 3k on DraftKings as long as Gates sits out again. Larry Donnell at 3300 on DK is also nice against the Saints.