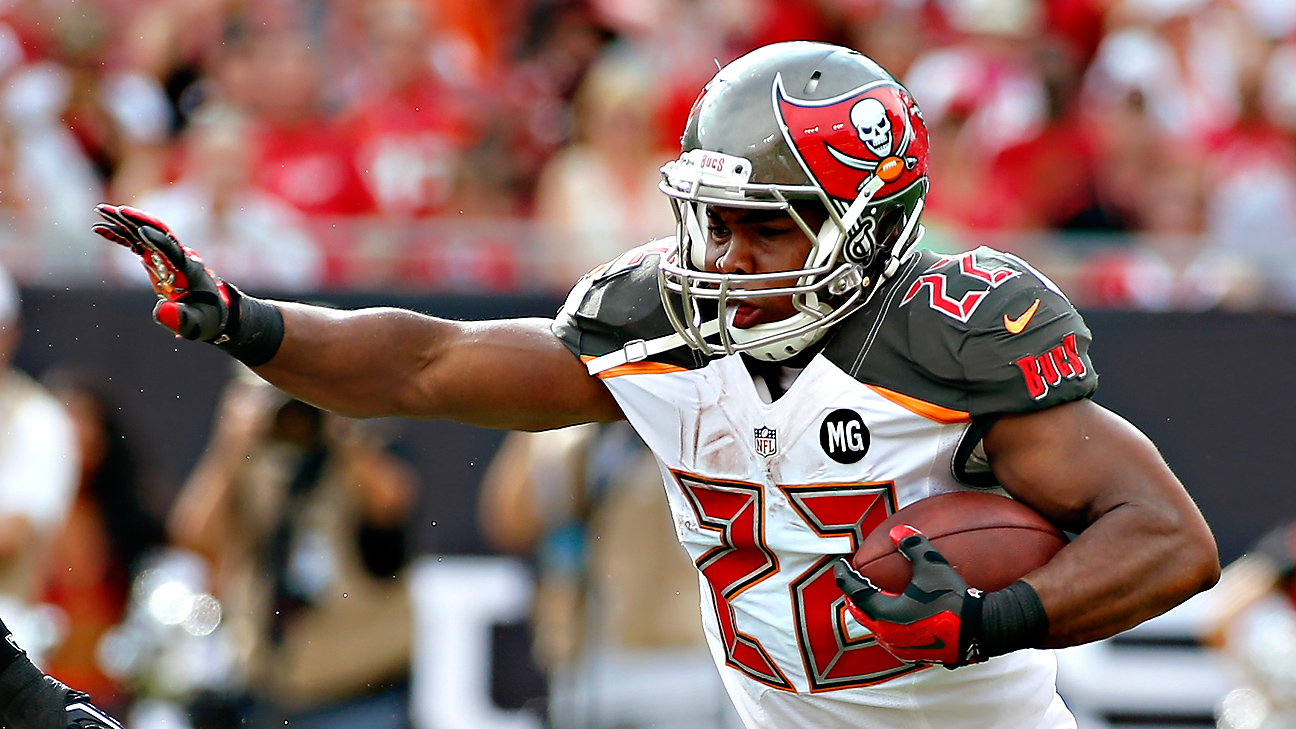 Your Sweet Fantasy is back to give you some tips to win everybody’s fantasy…a share of 10 million greenbacks. If you have a tv or radio or eyes and ears then you have probably heard about this small startup company called Draft Kings and their season opening 10 million dollar one week fantasy contest. The premise is simple, pick a fantasy lineup for Sunday and Mondays NFL games using the salary cap of 50,000 and score the most points possible. The winner gets a cool 2 million dollars and 125,000 people in all will win some cash. For you first timers that haven’t been able to pull the trigger on daily fantasy yet if you use this link you will get entry in to this 20.00 contest for free. https://www.draftkings.com/r/csweet1980

I’m gonna give you a few players at each position that will free up cash for some of the big money guys that cost a little more, you don’t need me to tell you that Julio Jones and Jamaal Charles are good you’ve probably figured that out already. Without further ado here are some guys to help your fantasy come true…All prices are Draft Kings salaries.

Joe Flacco may not be exciting to the full season fantasy players but in this one week format he makes a lot of sense. His price is nice as 15 QBs cost more than him freeing up a lot of extra cash for that stud and I do not expect him to be highly owned. Mark Trestman is most likely gonna have him throwing early and often and with the potential of Peyton Manning to get an early lead this “Elite” QB could put up some much better than expected numbers.

Both of these guys are perfect for this big tournament format. Minimum priced and with a chance to have a big day. We’ve seen Cousins put up big games before, we’ve also seen him throw tons of picks but in this format you have to take chances sometimes. Tyrod Taylor is even more of an unknown but has the potential to rack up yards on the ground as well as through the air. Both of these guys are in matchups that look to have them throwing from behind and just see what the rest of your lineup looks like with either of these guys as your starter. Want to use both Demaryius and Julio? No Problem. Want AP and Jamaal Charles? Done. In cash games you should always pay up for a steady QB but in tournaments you want to hit on that deep bomb. 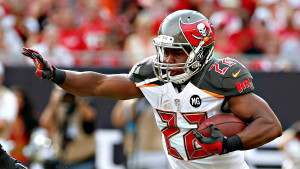 The buzz is growing on the muscle hamster. He looked great in preseason and won the starting job without a competition. Even if he just looks like he did at the end of 2014 this price is too good. He will probably be heavily owned but in this case and another I’ll get to later it might be better safe than sorry to have him in your lineup. Tennessee was terrible against the run in 2014. With Jameis Winston making his first start he may not be asked to do too much but he also should avoid 8 man boxes for Dougie.

The word is that Joique Bell will start and get more carries. That’s the word but Bell has not been healthy all preseason and Abdullah has well lets say made a few highlight reels. His price is oh so nice and he has the potential to hit one big play and make you a happy camper. Perfect type of guy to target for a big tournament. Shouldn’t be too heavily owned.

Draft Kings is ppr scoring which brings Woodhead in to play every week. The Chargers drafted highly touted RB Melvin Gordon in the first round. He could be good, guess what? Philip Rivers isn’t gonna care too much when they get down near the red zone. Danny Woodhead is getting the ball more than most people think. Rivers loves him and he was a legitimate RB1 in fantasy for the first part of 2013 in ppr. At his price and the possibility of 5 receptions with a TD he opens up a lot of money and will not be highly owned.

Exposure, you have to have some with Adams who’s pre Jordy Nelson injury price is going to have him very highly owned. He’s the same price as guys like Dwayne Bowe and Michael Crabtree but he’s a starting WR for Aaron Rodgers. Just throw him in your lineup and sleep like a baby.

There is a lot to like about Eddie Royal in week 1. He is reunited with Jay Cutler with whom he had 91 receptions as a rookie. Alshon Jeffery has not been the model of health this offseason and John Fox has not even committed that he will play. Get Eddie now when his price is so low, he was under the radar good for the Chargers the past two years scoring 15 TDs and usually scoring them in multiples of 2. This game is gonna feature a lot of passing.

Jarvis Landry was a ppr treasure as a rookie and should only get better in year two. He has a relatively low price for someone who could easily have 7 catches or more in week 1 against a pretty bad pass defense. The Dolphins offense should only pick up where it left off in year two of Bill Lazor calling the plays. 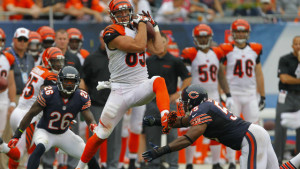 Eifert looked great last year before he was injured and lost for the season. His price is very low and he shouldn’t be too heavily owned. Oakland is getting better but their pass defense still has work to do.

This should be a good start for you, just grab a few of these picks and add in some high priced Studs and start counting the millions…Hey after all it’s your Sweet Fantasy.