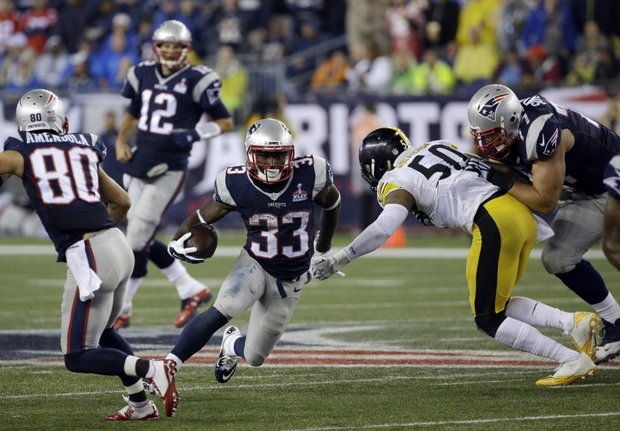 Well loyal Wagner Wire subscribers here we are and it’s Week 3 already. Some of your season long teams may be in the tank at 0-2, we can pretend none of mine are…cough cough. But I digress, we all know the great thing about DFS is you start out undefeated every week. For those of you that read my first two weeks of value picks and those of you that haven’t I’m gonna run down exactly what this column should best be utilized for. The guys I’m gonna mention should be used primarily in tournaments or “gpp” contests such as the “Millionaire Maker” and are not meant as sure bets but more as a way to free up some salary for the big guys and to take a shot at a big day from an unexpected source. The players in this column are not usually great for cash games unless noted. So unlike the Revolutionary War you aren’t gonna see a lot of Patriots in here. For the record just about any of the Patriots‘ players are a good pick for Cash games this week. So without further ado let’s find some bargains. 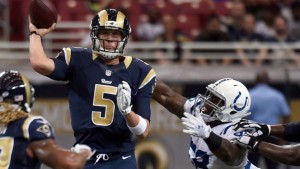 Stop. This is not a repeat of last week. I had Foles in this column last week and he failed to live up to my lofty expectations. I know I said not all of these guys will hit but he should have last week. Unfortunately the Rams fell in to a trap game at Washington. Well fast forward a week and now the Steelers are the ones  that may be running in to Admiral Ackbar. The main reason I am backing Foles for a second straight week though is his opponent. As JJ Zachariason (@LateRoundQB) mentioned on Twitter earlier this week out of the last 11 games they’ve played the Steelers have given up a top 10 Fantasy day to the opposing QB 10 times!  So I’m not guaranteeing he hits this week…but he should.

The Raiders were one of a few teams that pulled big upsets last week. It might not have been such a huge upset if they didn’t look so bad in Week 1. Derek Carr had a huge game against the Ravens and made some inroads with his Rookie Superstar target Amari Cooper as well as formerly fantasy relevant Michael Crabtree. They face an opponent that had an equally big win last week in the Cleveland Browns. I expect Derek Carr to continue to throw the ball at a large rate and continue to grow a strong rapport with Amari Cooper. At his price he’s worth a shot as 2 TDs and 250 yards will have you paid off. 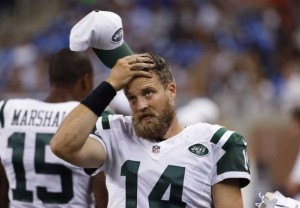 Did you guys and gals know Ryan Fitzpatrick went to Harvard? He did and that has nothing to do with anything but the announcers sure love to mention it. Anyways “Fitzmagic” lands on my list this week for a few reasons. He’s 2-0 and taking on a floundering 0-2 Eagles team, he almost definitely has the best weapons at his disposal he has ever had, and Ryan Fitzpatrick drops some huge fantasy games from time to time. He is only a few games removed from a 6 TD game. So throw a dart with him because he’s gonna have a huge game eventually and the Eagles defense could help that along. I especially like him on DraftKings. 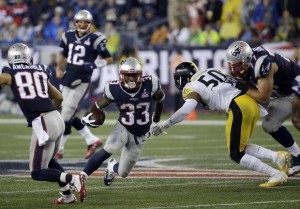 I said I wasn’t gonna mention many Patriots but Dion Lewis qualifies for this column. He is still too cheap and at any week Bill Belichick could pull the rug out from under us and give Legarette Blount or some guy who is currently working at a Dunkin Donuts in Stoneham, Mass 30 carries. I don’t think that is going to happen though because the Patriots have always featured a pass catching back in their offense and Dion Lewis has passed the eye test so far. He has also fumbled twice and is still on the team. This is definitely more of a DraftKings play and the full ppr makes him a decent cash game play as well. 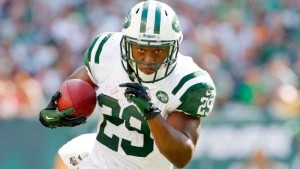 Chris Ivory is a Game Time Decision this week, even if he plays Bilal Powell could be a sneaky play. If he sits though plug Powell in and reap the rewards. Powell has always been decent catching the ball out of the backfield and while he may be “Just a guy” he has a nice matchup this week. He’s worth taking a shot in the dark and only costs you a small amount of your budget. 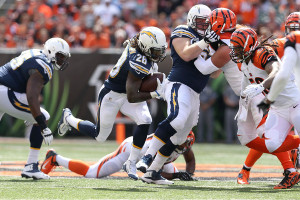 This might be the week Melvin Gordon stops his owners from asking me “Is Gordon gonna get the full workload this week?” As a Chargers fan I get this question a lot. My answer is no, Danny Woodhead is always gonna be a part of the red zone offense when he’s healthy. But maybe I am wrong and Gordon is so good this week they can’t take him off the field. He certainly showed last week that he is capable of it with 3 runs of 20 yards. So I’m not gonna tell you this is the week he goes off…but it could be. Just ask Carlos Hyde. 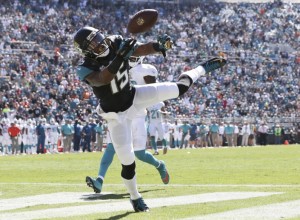 If this game goes to script the Jaguars are going to be behind and behind a lot which mean Blake Bortles should be throwing early and often. Allen Robinson’s price is too nice. Slot him in at WR3 and rest easy on that decision. He is a guy that will be great for tournament plays but could be decent as a cash game play too. Huge upside. 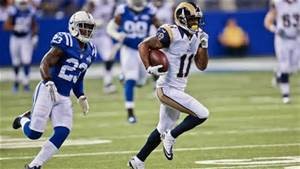 Tavon Austin is the ultimate tournament play Wild Card. He could have 3 TDs on 3 touches, he could also have 0 points. He is not likely to ever be highly owned. Neither was Travis Benjamin last week. If you want to take a shot at a big payday with the most risk possible Tavon Austin is that type of player. Ideally you should be playing multiple lineups if you want to use him. 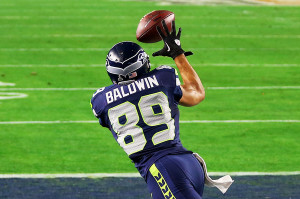 Chicago can’t stop anyone. Their offense is going to be led by Jimmy Clausen and his small face this Sunday. The Seahawks are 0-2 and playing at home for the first time all season. There will be points in this one and Baldwin is a good guy to take as a flyer and hope for a possible multi touchdown game. My guess is Russ Wilson will be sharp in this one. 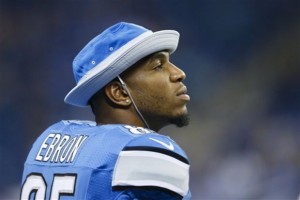 If you aren’t paying up for Gronk you could do worse than Ebron who has scored in his first two games and is dirt cheap. The matchup is not great but all you need is a TD to make value. Stafford should need to chuck the ball in this one.

Cook is one of the most unpredictable Fantasy Tight Ends of all time. Another wild card guy from the Rams, this could be the week he breaks out for 150 yards gets picked up on every waiver wire and lets his owners down next week. It’s bound to happen eventually. 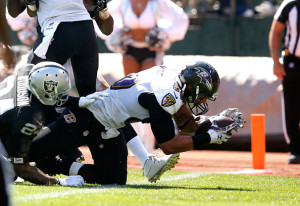 Crockett was probably picked up in your fantasy league this week and he could disappoint after his two TD performance last week. I don’t think he will though. The Ravens love to use the Tight End and Gillmore could very well be the second target on this team until we see Breshad Perriman in action. He’s cheap and available and hey that sounds like a Sweet Fantasy guy to me!

I’m your Sweet Fantasy each and every week. Thanks for reading and feel free to leave me a comment. If you are new to DraftKings do me a solid and use my link to sign up.