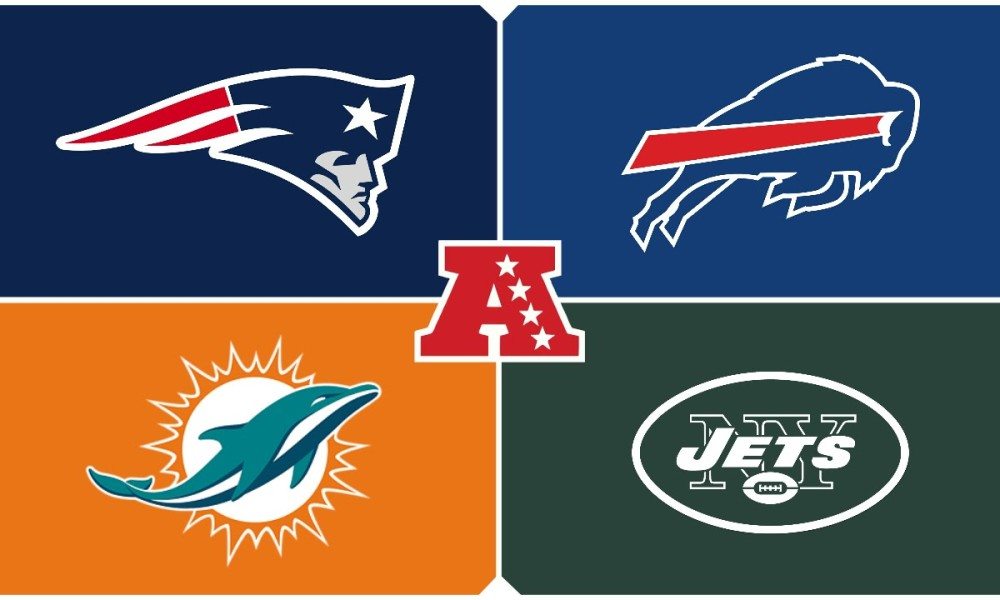 Well fellow fantasy freaks Training Camps are open and we will have live football this week.  It’s time to do a quick preview of the divisions and see what each team has to offer for your fantasy squad in 2017. Your Sweet Fantasy is going to try and identify some lesser known players that could have an impact this year, as well as the big studs that we all have on our lists. Well let’s get it on!

The Buffalo Bills are moving on from Not so Sexy Rexy Ryan and also they lost their interim Head Coach and Offensive Coordinator Anthony Lynn, so they could have a different look this year on offense from a team that was near the top of the NFL in rushing the past two years. The team should still be run-heavy with Lesean McCoy coming off another stellar year and entering the end of his prime. He’s a first rounder and should see possibly even more touches than last year. His handcuff is Jonathan Williams who saw very few touches as a rookie, but does have some promise. The Bills bolstered the ground attack with one of the best Full Backs in the game in Patrick DiMarco. We now switch our focus to the passing game which is led by Tyrod Taylor, who while not spectacular has put together two very solid seasons as the starter, especially for fantasy. He is coming off back to back seasons of 3,000 yards passing and 500 yards rushing with a combined 37 passing TDs and 10 rushing TDs the past two years. In standard leagues that awards 4 points for a passing TD, he has been right around a Top 12 QB each of the past two years. His backups are veteran TJ Yates and rookie Nathan Peterman, so the drop off isn’t great if he gets injured. The big question for the passing game is whether we get close to 16 games of Sammy Watkins this year. Watkins was a first or second rounder in a lot of leagues last year, and never really helped any of those teams. More importantly the Bills passed on Watkins option for next year. This means he has a ton to prove this year. The other starter at WR should be 2nd Round pick Zay Jones from East Carolina. Jones is a 6’1″ target that has been lining up all over the field so far in the Bills training camp. The rest of the depth chart at WR is a “who’s who” of guys you’ve picked up for a week and cut in seasons past…Andre Holmes, Philly Brown, Rod Streater, Jeremy Butler. Charles Clay is the starter at TE and while he’s not exciting, he is at least a solid TE2 in Fantasy Leagues. Nick O’Leary backs him up and had only 9 catches last season. Steven Hauschka is the kicker and the Defense was middle of the pack last year but could be a decent option in 2017 and good for streaming some weeks.

*Updated 8/7 – Ryan Tannehill is out for the season. Jay Cutler has been lured out of his brief retirement for a one year $10 Million dollar deal. In my opinion Jay Cutler should do no worse than Tannehill and could actually help DaVante Parkers stock go up.*

Down in South Florida last year the Dolphins found a running back to rely on and made the playoffs for the first time in almost a decade. The running back is the mercurial Jay Ajayi who was so low on our radar to begin last year he didn’t even make the trip to Seattle for Week 1 by the coach’s decision. The fantasy world may not have been thinking about him but back to back 200 yard games put him on everybody’s radar and he went ahead and added one more for good measure late in the season combining for a ridiculous 420 yards in two games against the Bills. The only question for 2017 is if he can be a little more consistent as over half of his yards came in 4 games. The Offensive line should be better this year making him a candidate to join the Top tier of fantasy RBs in 2017. His handcuffs are Damien Williams and Kenyan Drake, I prefer Williams who has RB2 upside if anything happens to Ajayi who suffered a concussion early in training camp. The passing game relies on Ryan Tannehill who is never gonna be an elite guy but seems to stack 4000 yard seasons up when he plays 16 games and is a low end QB1 or High end QB2 most years. The capable Matt Moore backs him up. His WR corps are one of the better units in the game with steady reception accumulator Jarvis Landry, potential breakout star DeVante Parker and speedy deep threat Kenny Stills. Landry is a ppr star and DeVante Parker has been impressing in camp and had some flashes in the past two years while Stills surprisingly had 9 TDs last year. If any of these three misses time then Leonte Carroo has enough talent to possibly make an impression. Julius Thomas joins head coach Adam Gace who saw his breakout as Offensive Coordinator in Denver and adds an element the pass game has been missing. Andrew “ballpark” Franks is the kicker and the Defense is middle of the pack.

The reigning Super Bowl Champs seem to have only gotten better over the offseason adding a bevy of new toys for Tom Brady to play with. We’ll start at Running Back where LeGarrette Blount and his 18 TDs have moved on and been replaced with Mike Gillislee and Rex Burkhead. Gillislee should see the goal line and first two downs work while Burkhead should do a lot of of things and complement James White in the passing game. White had only 39 carries in the regular season but caught 60 of his 86 targets and had a monster game in the Super Bowl. Brandon Bolden and Dion Lewis are also still on the roster but one or both will probably not survive cuts this year. Tom Terrific led fantasy QBs in points per game last year and is a contender for overall QB1 this year. His backup if needed is Jimmy Garoppolo who if forced to start any games brings low end QB1 upside. The passing targets are probably the best Brady has had since 2007. New addition Brandin Cooks will be stretching defenses and allowing the underneath stars of Julian Edelman, Chris Hogan, and Danny Amendola to rack up first downs. Malcolm Mitchell also had a very strong rookie year and is sort of the forgotten guy in New England that could end up being a huge sleeper in the right situation. If that wasn’t bad enough for defenses to worry about they also roll out everybody’s favorite partier Rob Gronkowski and the newly acquired red zone threat Dwayne Allen.  Gronk’s health is always an issue but if he’s on the field for 13-16 games he’s the TE1 in fantasy. The only problem for us is figuring out which guys are going to shine on which days. Stephen Gostkowski is usually one of the better fantasy kickers although the misses were adding up last year. The Defense is usually pretty steady for fantasy and in the right matchups can be a week winner.

*Updated 8/7* – News broke today that Quincy Enunwa has been put on the season ending IR. This is bad news as he was in a spot to show the league what he can do as a Number 1 Receiver. This means that Robby Anderson and ArDarius Stewart are the likely Starters. I think the biggest boost may go to Austin Sefarian Jenkins.*

Can you say Dumpster Fire? Well the 2017 New York Jets have all the makings of one. When the QB Market came to a close they ended up with the trifecta of Josh McCown, Bryce Petty, and Christian Hackenberg. McCown is the likely starter and has had some decent fantasy success for bad teams in the past. The running game will come down to ppr machine Bilal Powell and aging vet Matt Forte with spot starter Jordan Todman behind them. Bilal Powell is getting a lot of buzz but I have a hard time seeing him play 16 games as the starter and finish as a RB1 although he should be solid and catch 5 or 6 balls most weeks. Forte is probably just about done but he could have some decent weeks still. The receiving corps lost Brandon Marshall and Eric Decker and will now rely on Quincy Enunwa to become the WR1 and the other starting WR will be one of rookie ArDarius Stewart or Robby Anderson most likely. Tight End Austin Sefarian Jenkins may be a strong sleeper candidate as this is probably his last chance at being a starter in the league. Chandler Catanzaro is the kicker and the Defense should not be startable in fantasy.

This is the first of an Eight part series, look for the AFC North next!