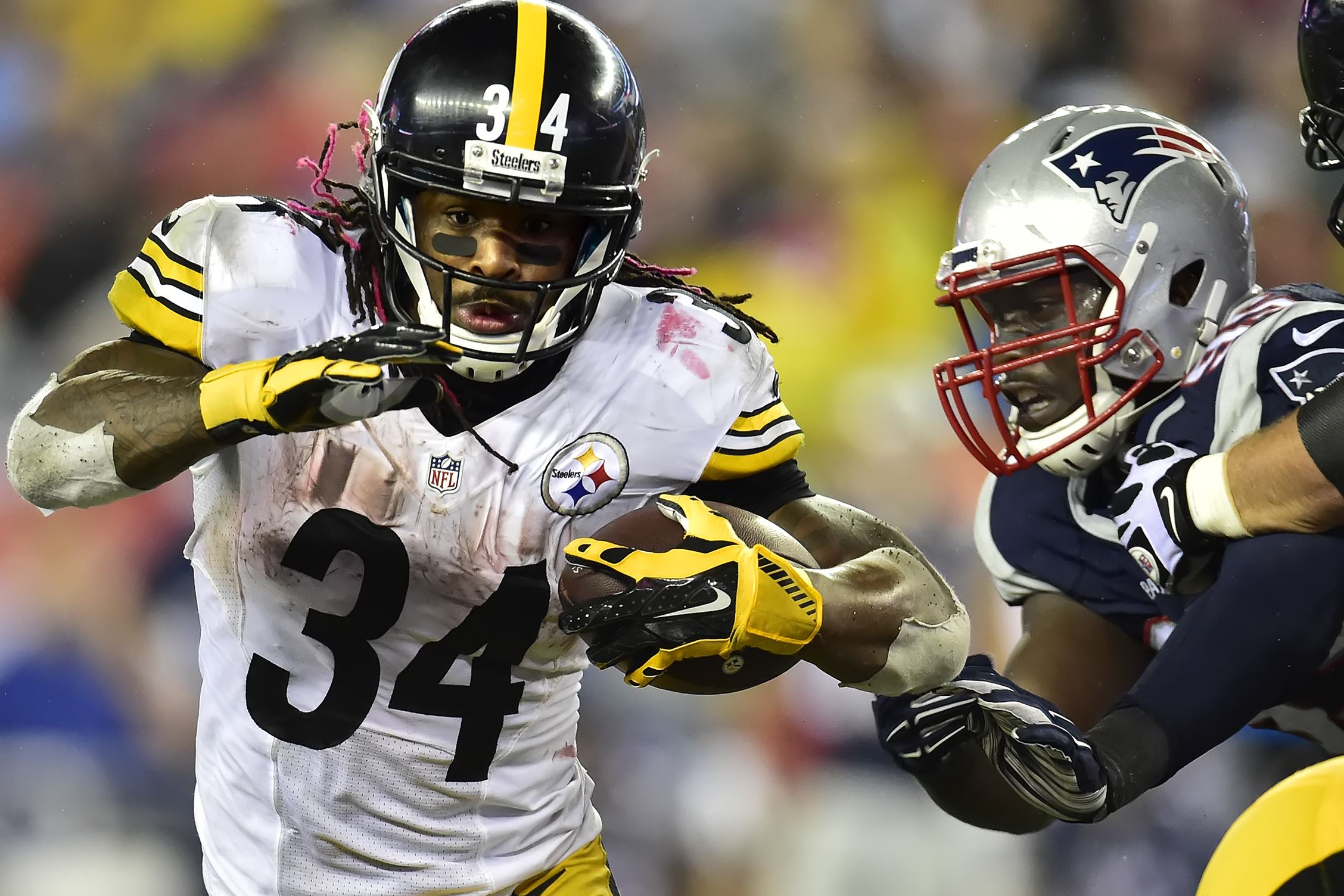 Week 17 is here! As the regular season comes to a end, your DFS roster may face some challenges. Some teams will play “back ups” this week as an audition for next year. You may also see teams with nothing to play for, to be reluctant to risk further injury to their starters. There are still teams fighting for playoff spots and seeding position. Let’s take a look at the RB position and analyze which players you need in your DFS lineup.

Williams has been a huge suprise for the Steelers this season. The Steeler workhorse has racked up at least 110 total yards 7 times this season while only starting 8 games. This week Pittsburgh is visiting Cleveland. The Browns own the league’s worst rush defense allowing 135 YPG. Pittsburgh is coming off a terrible loss to Baltimore and is in a “MUST WIN” situation, to have a shot at a playoff spot. Look for the Steelers to get back on track this week as the Browns look forward to their offseason.

The Saints are visiting Atlanta this week as both teams close out disappointing seasons. Hightower has come back to the NFL this year, and may be earning himself a roster spot next year as well. Hightower has been the Saints lead back for a few weeks now and hasn’t disappointed. The rejuvenated running back has ran for over 260 yards and 3 TDS in the last 3 games. Atlanta allows the 4th most PPG to the RB position. At a low price against a bad defense, Hightower needs to be in your DFS lineup.

In a crowded backfield, Jennings has been relied on the most. Jennings has 52 carries in the last 3 games while piling up over 265 yards. The Giants will be facing a Philly D that allows the 7th most points to the RB position. With OBJ back in the lineup the Eagles D should be focused on him allowing Jennings more room to run. With a very cheap price Jennings will allow to roster a few of the heavy hitters this week.