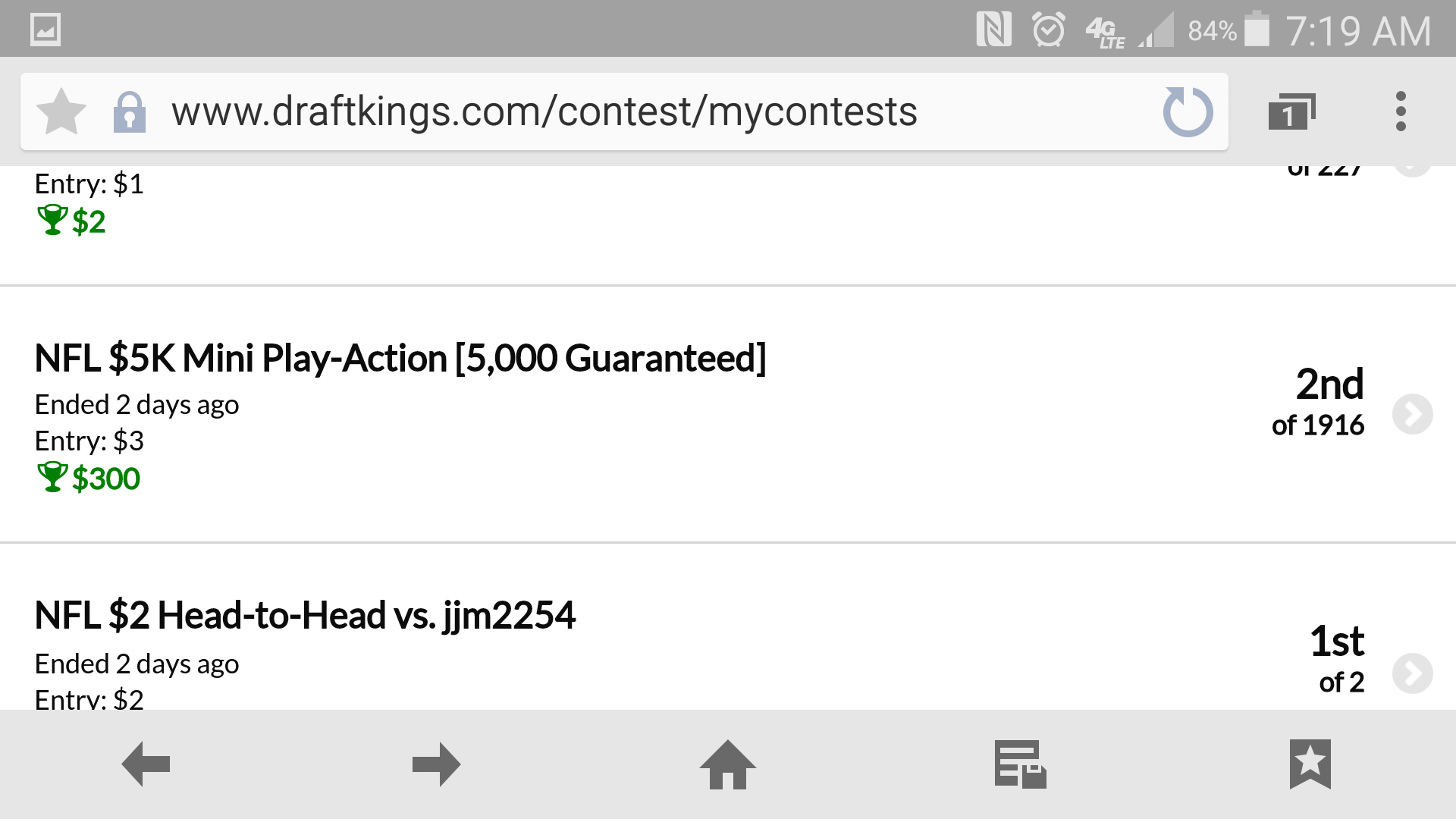 DraftKings graciously awarded me $300 for my 2nd place finish this weekend in the NFL Mini 5K Play Action Gaurantee. I played (1) $3 lineup card against 1,915 other cards, and here are my results. 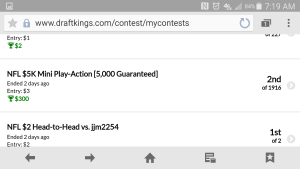 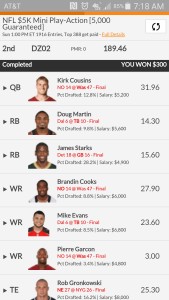 I took Kirk due to his cheap price, and the fact that he was facing the AWFUL Saints defense that allowed 292 yds through the air. You Like That!

At a cheap price of 5,600, Martin, had a good value. Going against the Cowboys who were without LB Sean Lee and have a struggling offense, I thought it was a no-brainer.

Starks was easy. Great price and Eddie Lacey was inactive!!

Cooks has been hot lately. Playing against the Redskins secondary is always attractive and I was hoping the Saints would be playing from behind.

No Vincent Jackson equals more targets for Evans. Like I said with Martin, the Cowboys offense isn’t on the field that much.

I took  a flyer here and missed. He was a cheap option that I was able to pair with my QB.

It’s simple….he’s expensive but he’s the BEST, and the GMen traditionally do not cover tight ends well. Wags drills this stat home every week.

I took Bryant for a few reasons…Landry Jones has shown confidence in him, the Browns had no Joe Haden or Whitner, and he was at a good price. I got lucky that Big Ben was able to play and kept slingin’ the pigskin.

Going into the game Pittsburgh was 7th in takeaways. Playing at home and coming off a 3 turnover game against Oakland, Pittsburgh has been putting in work on D! Giving up yards is fine as long as you force turnovers in FF. 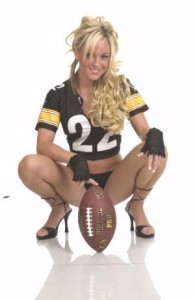 As always, Just The Tip can do just that….give you the Tip (s) needed to help your roster. Bottom line is….TheWagnerWire is where it’s at folks!