Sounds crazy doesn’t it? The man who has had his fair share of battles with the Cs over his fifteen year career, could maybe play alongside his former teammate Kyrie Irving in Bean Town. We all know Houston and Los Angles have been on the Kings radar for quite some time. But the three time NBA Champion knows his time running the League is ticking, and he needs moves to be made happen sooner than later. Danny Ainge is as cutthroat of a General Manager that you will find in all of sports. Just ask two time All Star Isaiah Thomas. So how can The Cs throw themselves in the discussion?

It starts with the chemistry pitch. LeBron will always be the best creator on the court. With Brad Stevens being the brilliant basketball mind that he is, LeBron would end up playing for the best coach out of his fifteen year career. Jayson Tatum and Jaylen Brown have proven themselves as threats who can play off the ball and off close outs. With both of them still on rookie contracts, this is a win-win for Ainge and the Cs. Al Horford would also complement James well as an inside out big man who can really move his feet defensively. The biggest question out of all of this, is what will Kyrie Irving think? As Dwayne ‘The Rock’ Johnson use to say, it doesn’t matter what he thinks. Irving has been very injury prone throughout his career, which dates back to college where he only played eleven games under Coach K. It’s been stated that Kyrie has wanted to be the man and not in LeBron’s shadow. It’s been proven that the Celtics are all about their rings. If Kyrie has a problem with that, he will on the trading block. If LeBron was in Kyrie’s place this past year, The Warriors might not be holding up that hardware.

Hayward should also be worried, his stock has dropped completely and he is taking up a lot of money for a guy who didn’t play more than six mins in the 2017-2018 season. Still recovering from that horrific broken foot, not to many teams will be up for taken in a 31 million dollar contract for a guy who we don’t know will ever be the same physically again. But the Celtics wouldn’t be wrong for trying to trade him.

Marcus Smart and Marcus Morris are two players the Celtics could do without when it comes to signing LeBron. Smart, who thinks he is worth more than twelve million he would receive if he signs the one year qualifying offer, will probably take his talents elsewhere and opt out of his contract. While Morris, who considers himself the LeBron stopper since the Klaw was hurt, will free up some much needed cap space to help bring James in. 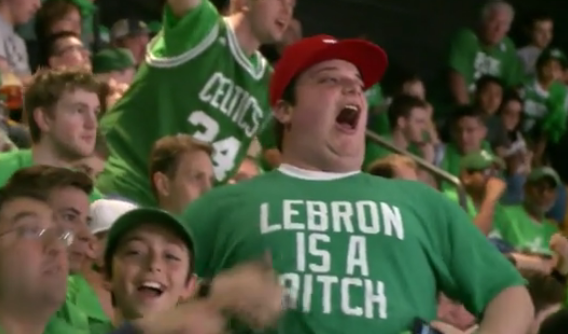 Boston is known for having diehard fans, who love their teams with an, us against the world attitude. LeBron has an incredible memory, so you know he remembers all of the harsh things Beantown fans have said to him over the years. His oldest son Brony will be in high school after this year and LeBron will always do what is best for his family at the end of the day. Either way we are in for a fun offseason!

Check out The Wagner Wire live on 104.9 The Horn, where Austin talks sports, every Sunday 10am-12pm CT.